There are ‘Dodgy Brothers’ in every industry. 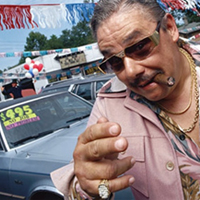 One of my customers from Aspley had a problem with the Air Conditioner in his house.  Not knowing anybody, he rang a random from the paper.  The “Air conditioning professional” soon told him that he needed a whole new system.  He was surprised, but he took his word for it, though he was a bit suspicious.  His next door neighbours friend was visiting, and he happened to be a A/C mechanic, so he asked him to come over and have a look.  What dodgy brothers had done was to drain $400 of gas out of the system and cut all the wires!  and he got paid for the privilege!  There are dodgy brothers in every industry.

Most of my work comes from word of mouth referrals – because you know that, while I can’t promise cheap – cars are expensive to fix –  I can promise fair.  I will do the extra thing so that you don’t end up stranded. Mechanics make more money by doing the bare minimum and waiting for breakdowns – we don’t do that in Triple C.  We do the job right – it might be a little more expensive to fit a new fan belt, for example, but at least it will stay fixed!  And for me – that’s the whole point!